If you want to venture out West, I highly recommend, Seattle.

Seattle is so unique. A city that is full with history; think of the one time the city got burned down as it was built entirely out of wood,  and now stands erected with tall skyscrapers and the mystery of the underground, remnants of the past life, still beneath the streets. Think of the totem poles that now stand in Pioneer Square, telling stories and myths of our older societies. Think of the quirky and equally gross gum wall near Post-Alley at Pike Place Market, how it became what it is just from people sticking gum to the wall while waiting to purchase movie tickets back in the old days. And now think of it as a home to the largest coffee franchise and the largest online distributor in the world; Starbucks & Amazon. Not to forget, home to Microsoft & Boeing. Seattle has it all.

I really enjoyed this city. I thought that it had the perfect mix of downtown/urban living but is still accessible to the mountains, lakes and the ocean. It was beautiful, picturesque and quirky. I thought that most Seattlites were very friendly too. Never too tired or too annoyed to answer questions from travelers, always eager to help. The only downside to it was, were there many homeless people there or what? They were pretty vocal and seemed aggressive as well. However, I think that there’s a way to approach them in a less intrusive and approachable manner. I believe they’d respect you for that.

Seattle was very artsy and when I say artsy, I really mean, Hipster. LOL. Men are all bearded, smart & cultured, which is a rarity in Georgia (for the most part). I would love to go back again, to visit for a few days.. maybe go up to Portland. I heard that place is weird too.

Let’s reminisce shall we? 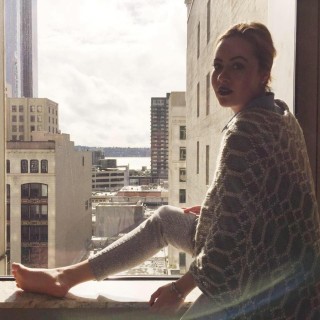